TAG D & I Society will host a webinar called “Ladies, Relaunch Your Career Webinar | Retool, Refresh, and Reboot! Part One!

The purpose of this event is to help women retool their resume, refresh their LinkedIn profile, gain the appropriate interviewing skills, dress for success coaching, and video etiquette to secure a new job opportunity.

Part Two – To be held later, we will connect these women, once prepared with corporations who are looking to hire amazingly talented women back into the workforce.

Hundreds of thousands of women have thrown up their hands, exiting the labor force for now. Between February 2020 and March 2021, nearly 1.1 million women of prime working age—between the ages of 25 and 54—dropped out of the labor force, compared with 830,000 men in that age group, according to the Labor Department. A recently accelerating economy has helped women regain ground, but the setbacks of the past year have stalled career progress for many. While the share of mothers of school-age kids who are actively working fell far more sharply than that of their male counterparts last spring, that gap narrowed considerably by January, and reversed itself in March, according to Census Bureau economist Misty Heggeness. Those figures don’t reflect the quality of the jobs landed, she says, and don’t include mothers with children under the age of 5, who need the most hands-on care. One of the most likely explanations is that some mothers had little choice, financially, but to take paying work, says Ms. Heggeness, even if that meant taking a step backward. “Women are making choices out of need, that aren’t necessarily in the best interests of their career,” she says. She expects that “the quality of jobs and the work environment for moms [will look] much different for moms than it did pre-pandemic.” Before Covid-19, researchers had found that employers were sometimes unwilling to invest in women who left the workforce to care for their children, “because of beliefs that becoming a mother makes women categorically less committed,” says Caitlyn Collins, a sociologist at Washington University in St. Louis. “Unfortunately, these are often the years when women are best poised to accelerate their career trajectories.” Because of these patterns, she says she fears the Covid-related interruptions “will play out for years.” Pandemic career sacrifices fell mostly on mothers rather than fathers, research shows. One in four women surveyed last summer by McKinsey & Co. said they were considering downshifting their careers or dropping out of the workforce. One in three women between the ages of 25 and 44 who were not working cited childcare demands as the primary reason for their departure, compared with 12% of men in that age group, according to census data. The loss of prime working years for parents who take a career break can have long-term consequences. A worker who earns $50,000 a year and quits her job to raise children for two years loses, on average, $300,000 to $400,000 in total earnings over her lifetime because of lost wages during the time off, lower retirement savings and Social Security payments, and the fact that people tend to earn less when they return to work after an extended break, according to a 2016 report from the Center for American 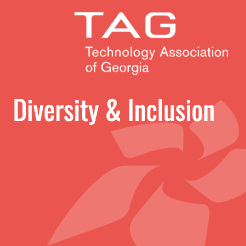