This event is hosted by TAG Corporate Development Society to highlight “black founders and funders” during this time of social unrest and uncertain financial times. This event will focus on the pipeline for black founders getting funded from how managers raise funds to fund diverse founders to how founders can best position themselves to receive this funding.

DuMarkus Davis is Co-Founder & CEO of Musicbuk and a committed American violinist. He is a Class of 2013 Gates Millennium Scholar and 2018 graduate of The San Francisco Conservatory of Music.

Because of his love for the violin, Davis began teaching violin lessons at a young age.

This led his founding Musicbuk, a music technology company that gives students access to world-class music instructors for 1-on-1 music lessons. DuMarkus’s performances have taken him across the globe to the Czech Republic, Germany, Ireland, and the prestigious Carnegie Hall in New York.

During his time at The San Francisco Conservatory, DuMarkus served as student body chairman, liaison to the San Francisco Symphony Board, and was awarded a fellowship to study in Shanghai and Hamburg for one year. DuMarkus has also been a guest lecturer at Stanford University on the future of music and technology.

In addition to his work life, DuMarkus maintains a busy philanthropic schedule and is a

regular volunteer with the Magic Wand Foundation, 7 Mindsets organization, and

DuMarkus resides in Atlanta, GA and enjoys spending time with his dog Johann when he’s not working.

Ms. Price is Co-Founder and Managing Partner of Fairview Capital Partners, Inc. She is a member of Fairview’s investment committee and manager of all Fairview-sponsored funds. Prior to co-founding Fairview, Ms. Price served as president of the National Association of Investment Companies headquartered in Washington, D.C.

Ms. Price serves on a number of nonprofit and private equity advisory boards. They include the Howard University School of Business Board of Visitors, YMCA of Greater Hartford Board of Trustees, Wilson Gray YMCA Board of Advisors, and the Amistad Center for Art & Culture Board of Trustees. Additionally, Ms. Price serves on the boards of the Apollo Theater Foundation in New York City, Trinity Health of New England, Blue Hills Civic Association, 4-CT, and just recently has completed her term at the end of 2019 as Chairperson of the Hartford Foundation for Public Giving in Hartford, Connecticut.

Ms. Price is a graduate of Howard University.

Michael H. Ross is President and CEO of MHR International, Inc., one of the leading Program and Construction Management firms in the Southeast United States.  Founded in 1992, MHR International has co-managed several billion dollars in construction, including many of Atlanta’s signature projects such as the 1996 Centennial Olympics, the Fulton County Capital Improvement Program, the Hartsfield Jackson Airport Development Program, and the Georgia State Financing Investment Corporation K-12 School Building Program.

Mr. Ross is considered a national authority on project management, small business development, and the inclusion of diverse entrepreneurs. His firm has participated on projects that have awarded over 2 billion dollars to minority & women business enterprises.  Along the way, MHR International has earned two national DBE Program of the Year awards for the work it has done at the Hartsfield Jackson Airport Development Program and the St. Louis Lambert International Airport. Moreover, MHR was awarded the Partners in the Promise Award with Griffith and Strong by the Coca-Cola Company for its work on the New World of Coke. He also served as the only United States consultant to the South African Procurement Task Force.

As a former member of the Board of the Georgia Technology Authority, Mr. Ross has been an influential player in the development of the diverse tech ecosystem. He has been an investor, advisor, and supporter of several companies within the technology industry, including Partpic, Myavana, EnrichHer, and Axis Replay. In addition to supporting individual companies, Mr. Ross has lectured at, contributed to, or advised several institutions that are focused on creating, developing, and supporting diverse entrepreneurs. Among these include the Farm at Comcast, Opportunity Hub, the Russell Center for Innovation and Entrepreneurship, and the Gathering Spot.

He has also been a board member of the Piedmont Park Conservancy, Atlanta Business League, Bronzelens Film Festival, and the Georgia Black United Fund. He is also an Ambassador for the National Museum of African American History and Culture and a member of the Atlanta Regional Council of the Smithsonian Institute.

He received his B.A. from Morehouse College and a Juris Doctorate from the University of Virginia School of Law.  Additionally, he holds a Project

Joey Womack’s goal is to positively impact 1 billion people by the year 2039. Part startup coach,
part super-connector, he leads WeWork’s entrepreneurship program in Atlanta as Labs
Manager, a hybrid physical space and dedicated support program for the city’s most promising
early stage startups particularly in social impact, media, sports, entertainment, food, beverage,
and consumer packaged goods as well as startups with Black, Latinx, women, and/or global
founders. Joey is also the Founder of Goodie Nation, a tech nonprofit that empowers everyone
to play a role in using innovation to reduce disparities in education, environmental sustainability,
financial access, health, and safety, and the Founder of Amplify 4 Good, a mission-driven
agency that uses rapid problem-solving to help large companies, nonprofits, and government
agencies create social impact. Since starting this journey in 2014, he’s on pace to impact 500+
million people by working with the likes of CARE USA, Google, NetHope, Hartsfield-Jackson
Atlanta International Airport, Ford Motor Company, Coca-Cola, United Negro College Fund,
Coca-Cola Scholars Foundation, Village Capital, and the White House HBCU Initiative.
Evident as a Hive Global Leader, Inaugural White House Demo Day Invitee, and Outstanding
Atlanta Alumnus, he has received the Technology Association of Georgia’s (TAG) Diversity in
Tech Game Changer Award for Community Engagement and Equity Champion Award by
Startup Atlanta, named one of the Top 10 social entrepreneurs in Atlanta by Hypepotamus,
featured in McDonald’ s Black Your Story campaign, recognized by PepsiCo as a Champion For
Change , and listed by Huffington Post as one of the Top 20 Innovators in the Atlanta Tech
Startup Scene .
Currently, he serves on several advisory boards: the Panel Picker Advisory Board member for
SXSW focusing on Social & Global Impact and Cities, Government, & Politics as well as the
SXSW Pitch Competition Advisory Board, Georgia Social Impact Collaborative, and SOCAP’s
Spectrum Conference; as well as on the Recruiting Committee for Venture Atlanta.
Joey is also the Co-Founder of the Atlanta Black Tech initiative where he serves as the Co-Lead
for the Startups and K-12 divisions.
A “Rebel with a Cause” at the leading edge of change, Joey was bitten by the entrepreneurial
bug in 2002 when he launched digitalguestlist.com as a graduate student at Florida A&M
University. He grew the site to 80,000 users, and advertised thousands of events for Fortune
500 companies, agencies, and high-profile promoters during special events like NBA All-Star
Weekend, Super Bowl Weekend, and Essence Music Festival. He also used forward-thinking
digital marketing strategies to execute events in the Southeast for brands well known brands
such as Crown Royal & Warner Bros.
Joey received his MBA from Florida A&M University in the Spring of 2003, where he was also
initiated into Alpha Phi Alpha, Fraternity, Inc. He has been named one of the Top 40 Under 40
Alumni and received an Outstanding Alumni during FAMU’s Quasquicentennial (125th)
Anniversary Celebration. 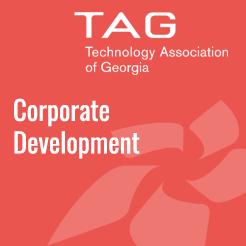