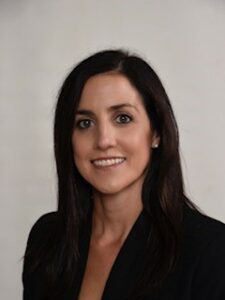 “Julia is a seasoned, senior-level government affairs professional that has served on the front lines of shaping legislative efforts across the Southeast,” said Michael Mitchell, Comcast Central Division Senior Vice President of Government Affairs. “Her experience partnering with elected leaders and stakeholders will aid how Comcast best serves our employees and customers.”

With an extensive legislative and external affairs background, Julia brings nearly 15 years of government affairs expertise to Comcast. Most recently, she served as the vice president of government relations at Kennesaw State University, where she advocated on behalf of the university to cultivate and enrich partnerships throughout the state.

Julia received her bachelor’s degree from the University of Mississippi. She is a Georgia Academy of Economic Development, Leadership Cobb and Leadership Georgia graduate and a member of the Georgia Lottery Board.

Comcast Corporation (Nasdaq: CMCSA) is a global media and technology company that connects people to moments that matter. We are principally focused on broadband, aggregation, and streaming with over 57 million customer relationships across the United States and Europe. We deliver broadband, wireless, and video through our Xfinity, Comcast Business, and Sky brands; create, distribute, and stream leading entertainment, sports, and news through Universal Filmed Entertainment Group, Universal Studio Group, Sky Studios, the NBC and Telemundo broadcast networks, Peacock, NBC News, NBC Sports, Sky News, and Sky Sports; and provide memorable experiences at Universal Parks and Resorts in the United States and Asia. Visit www.comcastcorporation.com for more information.